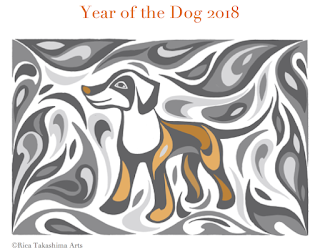 I hope your 2018 will be super happy, lucky, and awesome to you, your family and all your surrounding friends!

One thing I forgot to tell you last year is that I appeared in a video of New York Foundation for the Arts.
This video is for website marketing to introduce NYFA’s service for artists in all discipline.

During the shooting, I was very nervous because the other two artists had own studios, but I still didn’t have it. Also, I felt like I didn’t speak English well enough to such an official video. A director shot me at a pick nick table at a park where I always worked on pencil sketches of Manga comic work. I was really nervous even after finishing the shooting. I regret not exercising speech in English. When the video was released, I was surprised the whole work looked really cool. I hope you will enjoy the video! 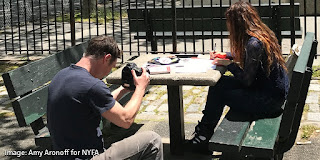 Introduction to New York Foundation for the Arts

Posted by Rica Takashima at 7:56 PM No comments:

Rica Takashima
Participatory public art artist, Manga graphic novel artist. Born and raised in Tokyo, Japan. Graduated from Tokyo University of Arts and Music with BA. Moved to NYC in 2008. I started a participatory public art project since 1994. It was a sunny day on Harajuku Pedestrian street. On the street, my heart beated with anxious and expectations for some new experiences. I would like all people to try my art. Please check my art and follow my page. Thank you very much! www.AozoraArt.com https://www.facebook.com/rica.takashima Pinterest:http://pinterest.com/ricaspopart/boards/